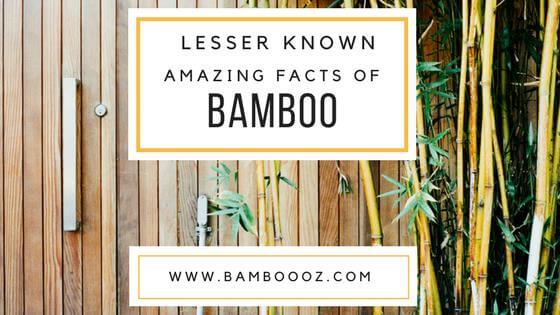 Amazing Bamboo uses and its facts.

Below are some of the facts and uses of Bamboo.

Bamboo has an existence over Seven thousand (7000) years. According to the records, it is said that Bamboo was found in China’s Zhejiang Province. The origin of the word Bamboo comes from the Malaysian word “Mambu”. It was also named as “Bambusa” and “Bamboes” in different languages.

Is Bamboo a tree or grass?

This question has existed from the beginning. Nevertheless, Scientists and archaeologists have proved that Bamboo is technically a Type of grass. Bamboo belongs to the Bambusoideae subfamily of the perennial evergreen grass family.

Unlike the other grass species, Bamboo is the fastest growing woody grass and it is also known for being the strongest grass in the species of grass.

Bamboo is grown in different parts of the world. The native of Bamboo is found to be in Asia, South America, Africa, and some parts of North Australia. These can tolerate extreme conditions, unlike other plants and trees.

However, they don’t exist in Antarctica and Many parts of Europe. There are more than 80 types of Bamboo and there are around 1575 species identified till now.